Modi Government not fighting Gupkaries, but the enemies of peace: Dr Darakhshan 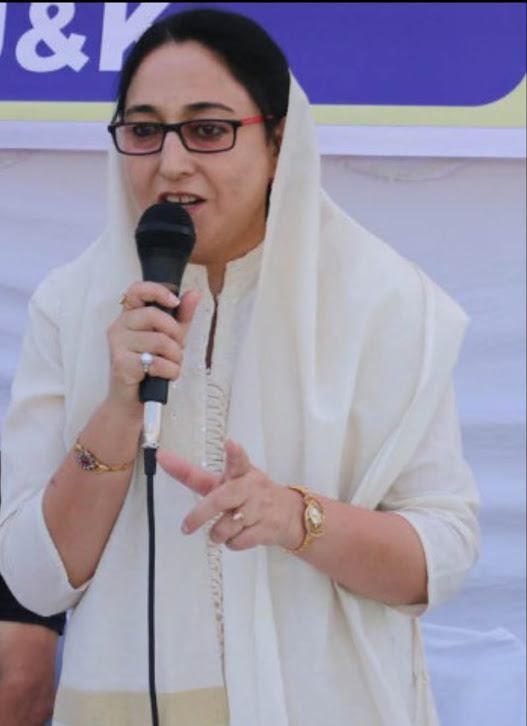 BJP National Executive Member, party Spokesperson & Chairperson of J&K Waqf Board has reacted sharply to the allegations of PDP Chief Mehbooba Mufti that the Modi government was fighting Gupakiris and defaming them. Dr Andrabi said that police only cracks down on enemies of peace, the terrorists and terror sympathizers, but Mehmooba calls them innocents and advocates for them. “We don’t need to defame Gupkaries; their own record of seven decades of political exploitation of the people of J&K is following them like a haunted shadow. They are not scared by Modi Ji, but by being exposed in front of all,” said Dr Andrabi. BJP leader took a dig at the role played by these Gupkaries in nourishing the separatist sentiment among youth for their political gains in J&K and according to her are now feeling frustrated to see their separatist support-system being dismantled erased from its base in J&K on which their political mansions existed. The iron-fist policy towards all terror-sympathizers & separatists in J&K will continue and so will continue the wailing of the irrelevant politicians for keeping themselves in news only. She thanked the sane population of J&K for their decision to work for peace, development & the revival of inclusive culture of Jammu & Kashmir rejecting these sentiment-selling exploiters for all times to come.